We decided to call our film "Breakdown" and this will come to the screen at the end of the credits. We decided to do this so it will be the last thing that the audience see and it will stick in their mind resulting in them remembering the name of the film they want to see. 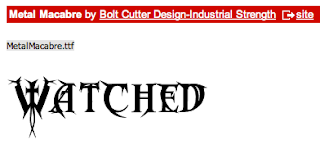 A few font ideas are: 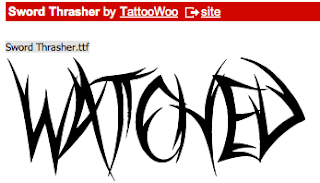 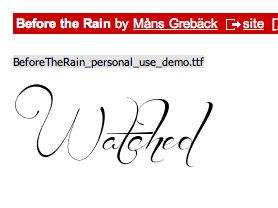 I liked these fonts because two shown aretypical thriller fonts giving an idea of what the film is but also creating enigmas. I liked the " Before the Rain" font because it still looks like it could be used for a thriller title as it is slim and has a witch-y feel to it; it also looks elegant so it could connote the personality of the main character as soft but having a harsher side.

For the names the font will be quite basic and small so the viewers are still paying the majority of their attention on the footage rather than the titles, but we do want the titles to look good so it gives a good impression and shows what is to come in the film. Some ideas i thought of include:

For the " Directed by" etc. I thought of having one of these fonts:

I thought of having a handwriting effect as it will connect to the font for film title. They will both be handwriting techniques and can both be perceived as the main characters handwriting. It is said that a person's handwriting can tell you a lot about that person if that is taken into consideration for thes titles it will work really well and show that she is not as innocent and girly as people may think when they first look at her. She has a darker side.
Jazmine Butler
Posted by Long Road Thriller 12 at 03:28